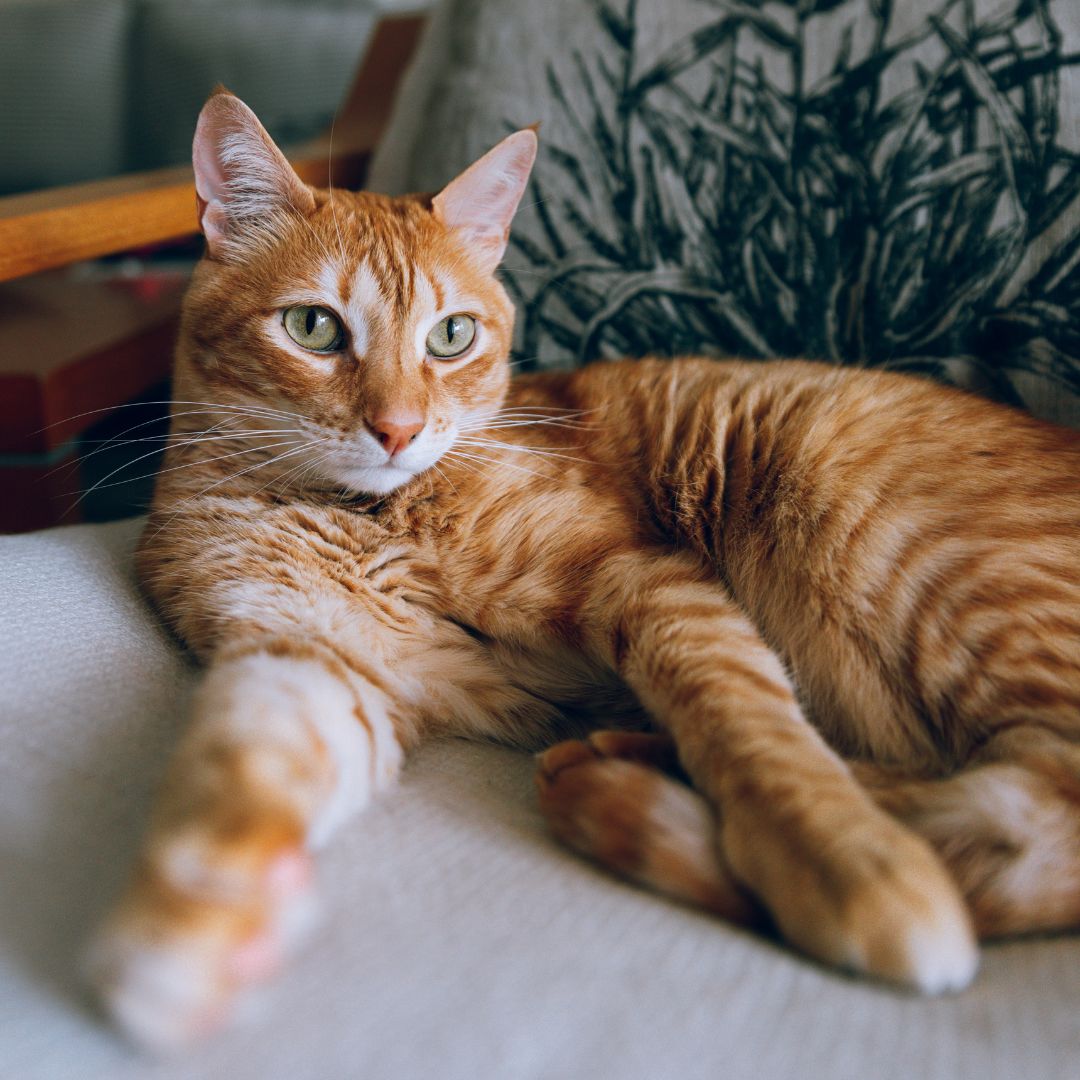 Who Are Ginger Cats? 5 Fun Facts About These Fabulous Felines

Whether it’s Garfield, Puss in Boots, or Cat from Breakfast at Tiffany’s, it’s obvious that we have something of an obsession with ginger cats. Perhaps this is because, out of all our fur friends, it’s easiest to trace the domestic ginger cat’s roots back to their bigger, wilder ancestors. After all, most ginger kitties do indeed look like tiny versions of their distant tiger cousins!

Do you have an orange cat or simply want to know more about these adorable felines? Read on for Cat in a Flat’s fascinating facts about ginger cats.

What is a ginger cat?

Ginger cats are some of the most beloved in the world. So, why aren’t they on the list of most popular cat breeds? This is because ginger cats aren’t their own distinct feline breed. Rather, ginger refers to fur color. Ginger kitties can be both long or short-haired felines, but what they have in common is a distinctive orange as the primary color of their coats. Hence, in the United States gingers may also be referred to as orange-colored cats.

Are ginger cats and tabby cats the same?

It’s a common misconception that ginger cats and tabby cats are exactly the same type of feline. However, while all ginger cats can be tabbies, not all tabbies can be gingers. Like ginger, tabby isn’t a breed but rather a type of cat. Tabbies are identified by the unique markings on their fur and these patterns can show up in many different feline breeds. And, unlike ginger cats, tabbies can range in colors from grey to cream to orange.

Your tabby’s spots and stripes are a result of the dominant agouti gene. This means that if Mr/Ms Whiskers inherits a non-agouti recessive gene, then he or she won’t have a tabby fur pattern. Ginger kitties can only inherit the dominant agouti gene as this is what gives them their unique color. Hence, all ginger cats are tabbies, but not all tabbies are gingers!

The majority of ginger cats are male

Because of the dominant agouti gene, it’s more common to see cats with ‘red’ fur than humans with red hair! Yet another interesting fact about ginger cats is that, due to genetics, there are also way more male orange kitties than females. This is because male felines only need to inherit one dominant gene to have ginger fur. But in order to have orange fur, females need to inherit the same gene from both their mother and father. Therefore, 80% of orange cats are male while only 20% are female.

Why does my ginger cat talk so much?

If you’re housemates with an orange feline, you’ve probably noticed that your ginger cat loves to talk. Most kitties are vocal only when they want or need something (such as when it’s time to feed your cat or they want to go outside). However, our ginger fur friends love to chat about everything and anything. Fur parents to gingers often report that their kitties love to talk and will emit a variety of sounds from chirping to trilling to different types of meows. Not sure what your ginger is trying to say? Read up on what your cat’s meows mean!

Note: Excessive meowing can sometimes be a sign that a cat is in pain or feeling unwell. Fur parents and cat sitters should both know the difference between a chatty cat and the signs of a sick cat. Seek veterinary assistance immediately if you suspect Mr Whiskers is ill.

Ginger cats are friendlier than other cats

Because of their mellow, warm, and affectionate natures, ginger kitties are sometimes referred to as ‘Velcro cats’. But are orange kitties really friendlier than other felines? Well, sort of. According to this 2016 study, there is no connection between the color of a feline’s fur and their personality and behavior. However, one of the reasons why ginger cats may appear to be friendlier because they’re more likely to be male and it’s believed that male kitties are slightly more affectionate than females. (Which could explain why calico cats—who are genetically more likely to be female—are often said to have a ‘catitude’.)

Note: Personality can vary widely from one cat to the next and isn’t necessarily influenced by gender or coat color. Hence, you should always do your research before bringing a new kitty into your life. This way you’re sure to find the best type of feline to suit your personality and lifestyle (and vice versa).

Whether you have a ginger cat or another type of fur friend, it’s always fun to learn more about your kitty. So, check out the Cat in a Flat blog for some amazing cat facts, as well as tips on how to be the be the best cat parent in 2023!

Does Your Cat Love You? Exploring the Bond Between Cats and Humans